After about 8 months of refactoring the new skinningtools have been released. Thanks to the work done by:

The new tool is faster and the code is a lot cleaner. Also a lot of new features are added, while older tools have been upgraded with new functionalities and a beter layout.

documentation comes in the form of pdf files, short gif images in the tooltips and a full Api overview

The current setup allows for easier updating and fixing for the toolset, and if time allows possibly expanding to other Dcc toolsets then Maya. 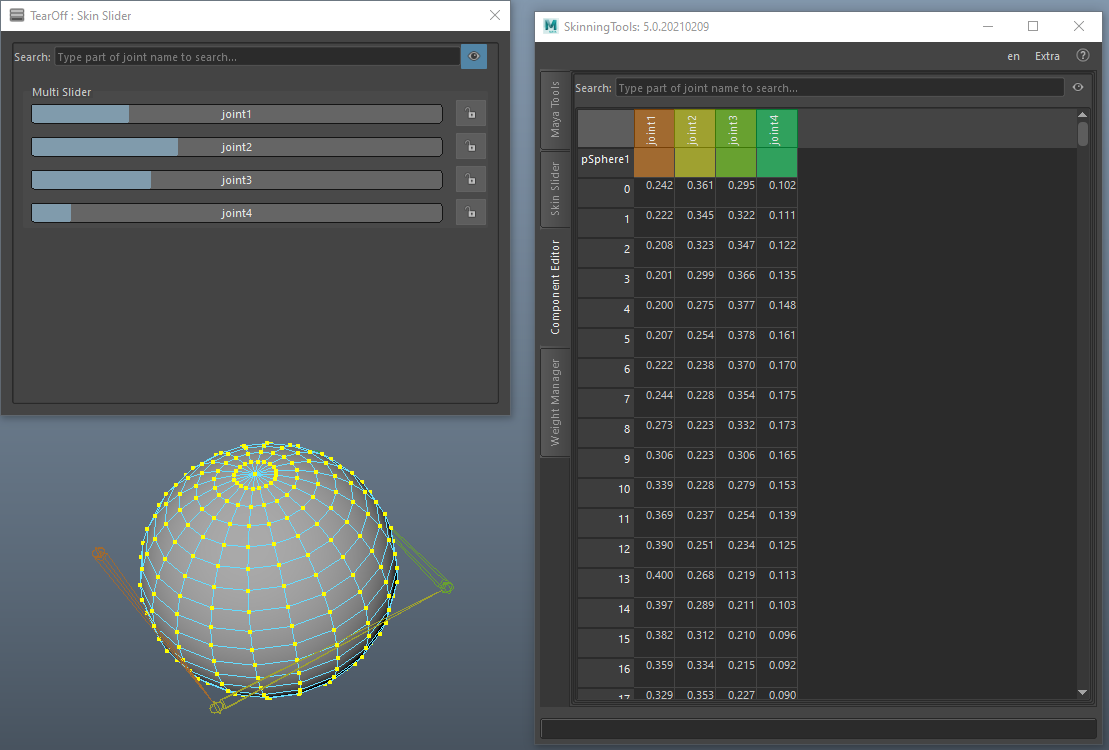 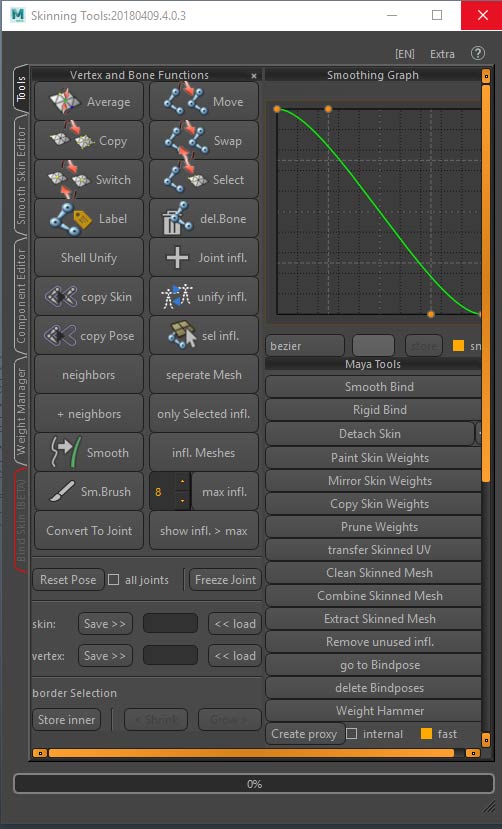 This is a small project I picked up during a vacation in 2011. I got the idea to create this tool from Andrea Arghinenti, who had snippets of code to enhance his skinning.

It started out as just a small menu of about 6 buttons to manage small snippets of code, much used Maya windows and some weight sliders: 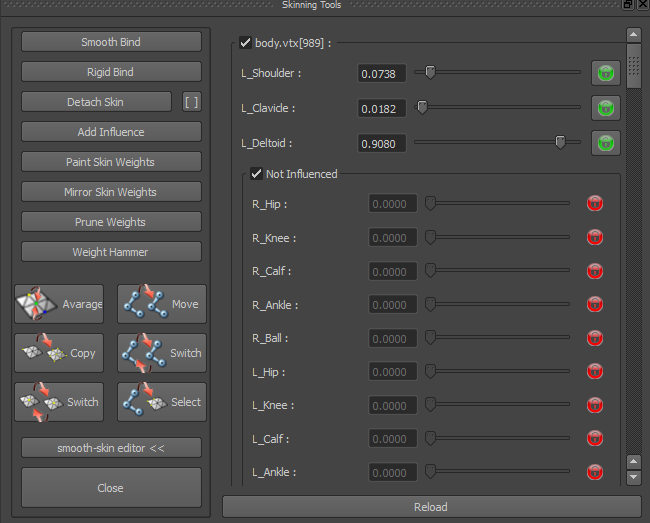 This expanded over time by adding new features whenever a new challenge came up and the code base kept growing. In the end most of the code that handled large chunks of data had to be refactored using a c++ plugin created together with Trevor van Hoof

To copy over weights between meshes that didn't use the same structure, I worked together with Jan Pijpers. He explained kdTrees to me and helped with a system to separately cluster vertex selection groups.

The tool is still evolving and used by many professional productions and triple-A industries. It's also used in the skinning part of my CGMA course.

Currently the tool is supported on Windows and Mac OSX.