I got to work on this project initially to only help create rigs for some still images so Samuel Alicea and Ben Erdt could display their creations properly on Artstation. somehow over the last 1.5 years the project kept evolving into the beast fighting league it is now.

Flathead was a pretty straight forward character, bipedal with hind legs, a simple tail + two extra hidden blade arms on the back. each spike on the back + all the plates on the body have detail controls just to make sure that the animator can make the deformation behave properly. the character was quite heavy on polycount so this was the character where i initially started looking into ways to speed up the rig using the profiler and the evaluation toolkit. on a decent machine it runs about 40Fps, but we added a proxy mesh version as the animators wanted to work on a laptop as well.

Deadeye on the other hand was a lot more difficult, specifically with the tentacles and the membranes attached to them, I did not want to use too many joints on the tentacles but it still had to have a nice and smooth feeling to it while being able to grab and hold objects as well. the setup here uses a reverse spine as a base as the initial idea was to have the creature to mainly walk with the tentacles and have the body sort of hanging between them, later on this was adjusted so the motion could also take place from the hips. 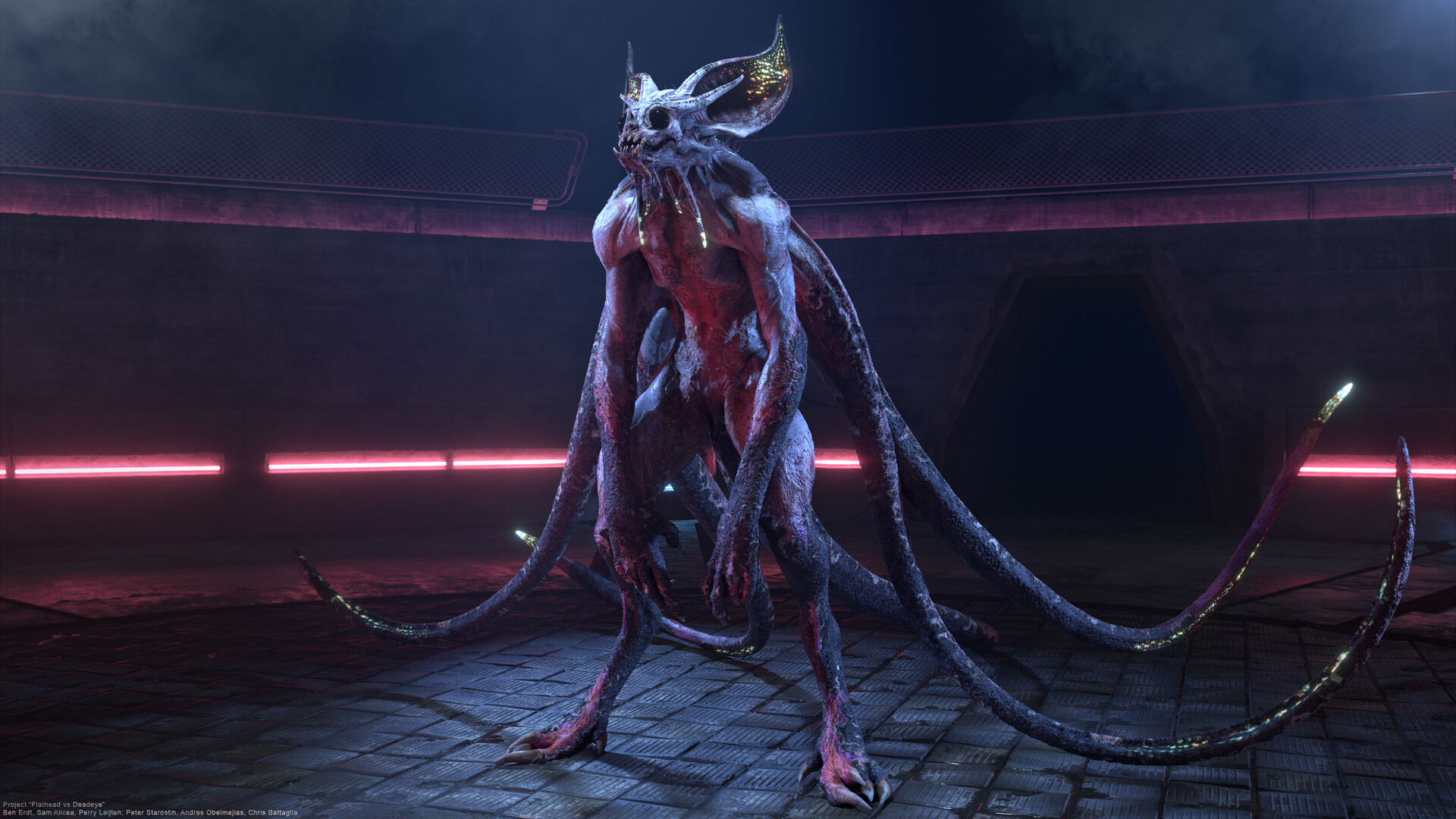 many thanks to both Ben and Sam for having me work on these creatures but also thanks to the animators and to all the others that have helped on the project to make it what it is now:

here are some turntables showing more of the creatures: 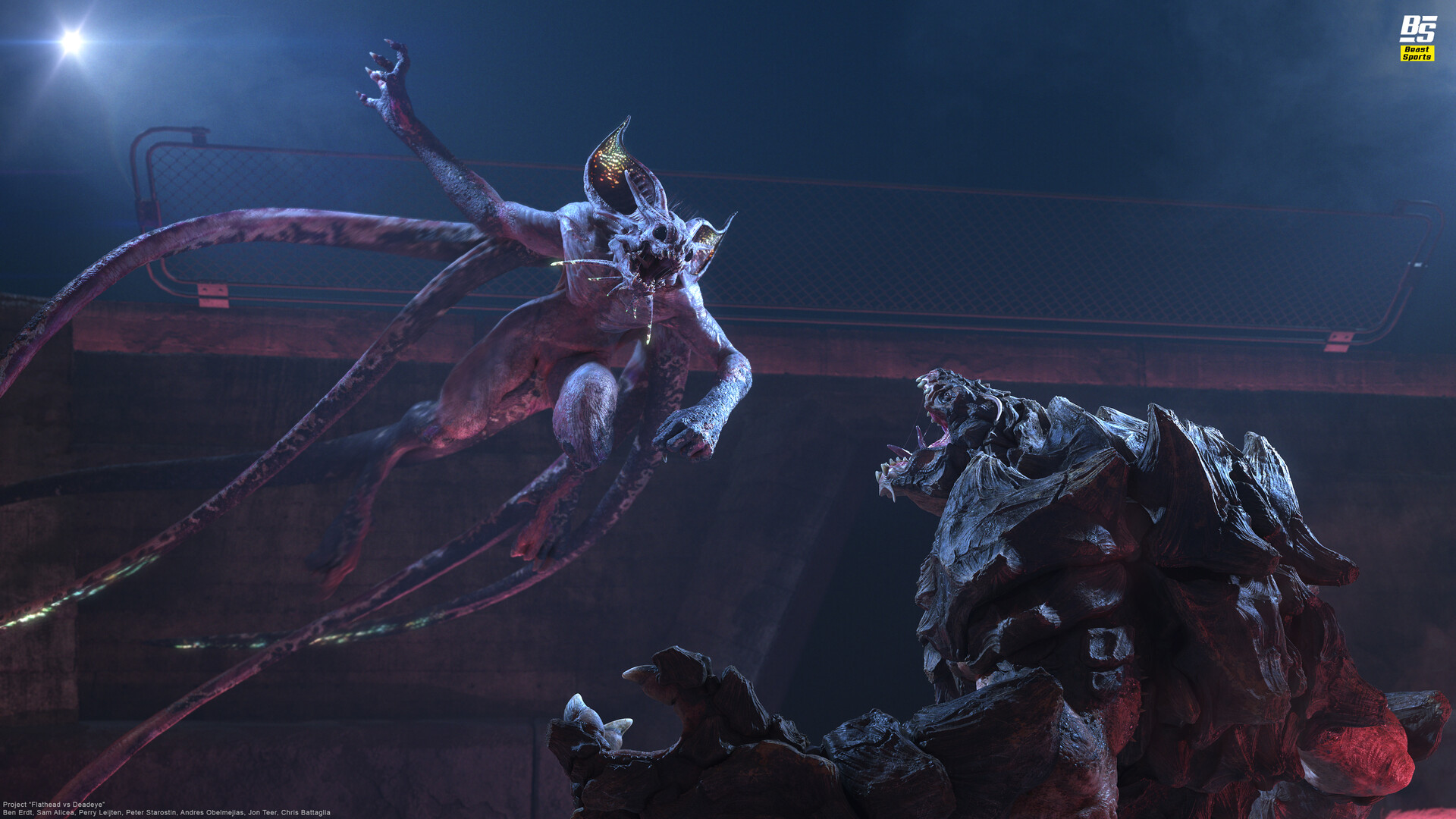 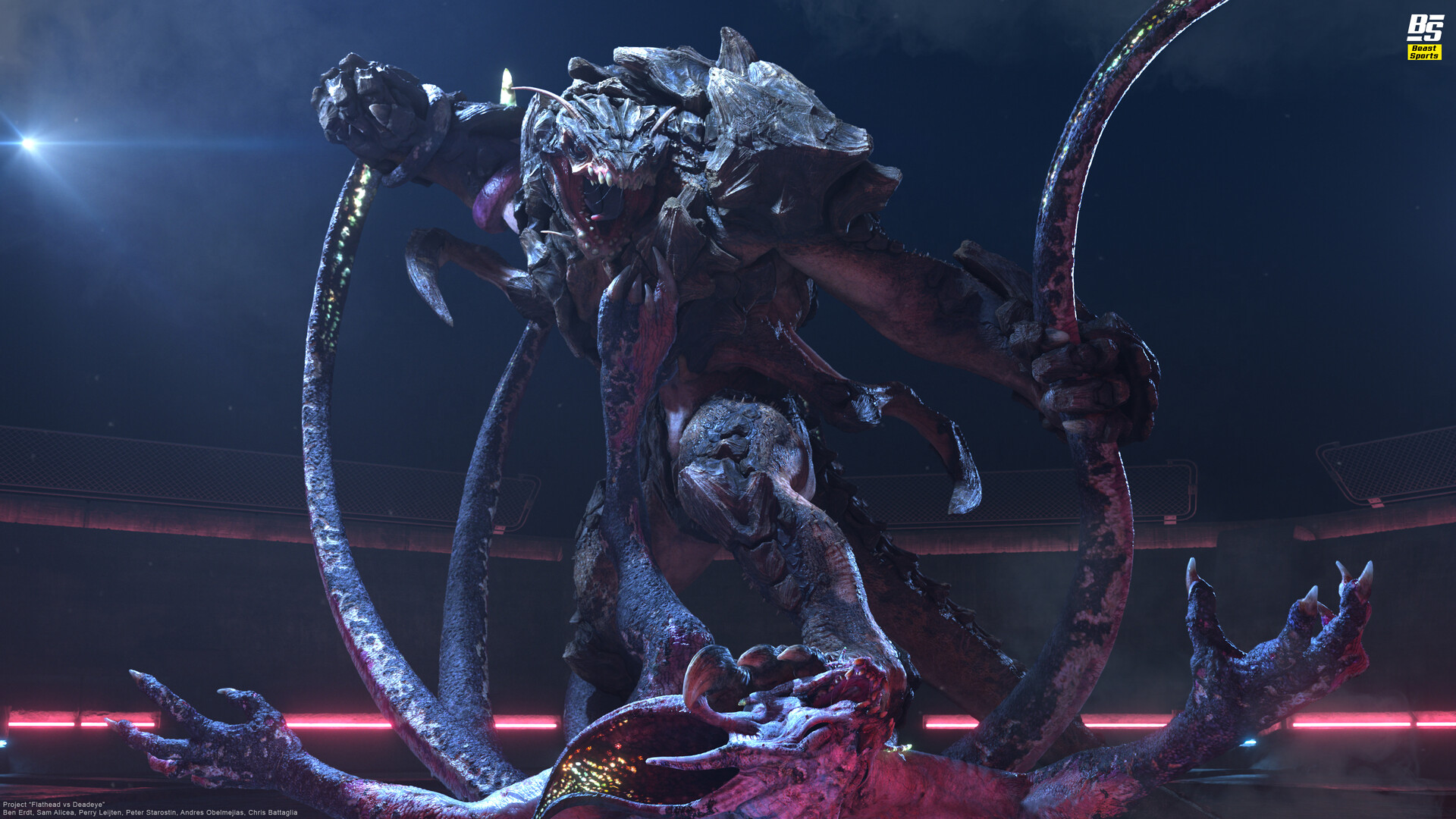 and the respective links on artstation: Flathead DeadEye