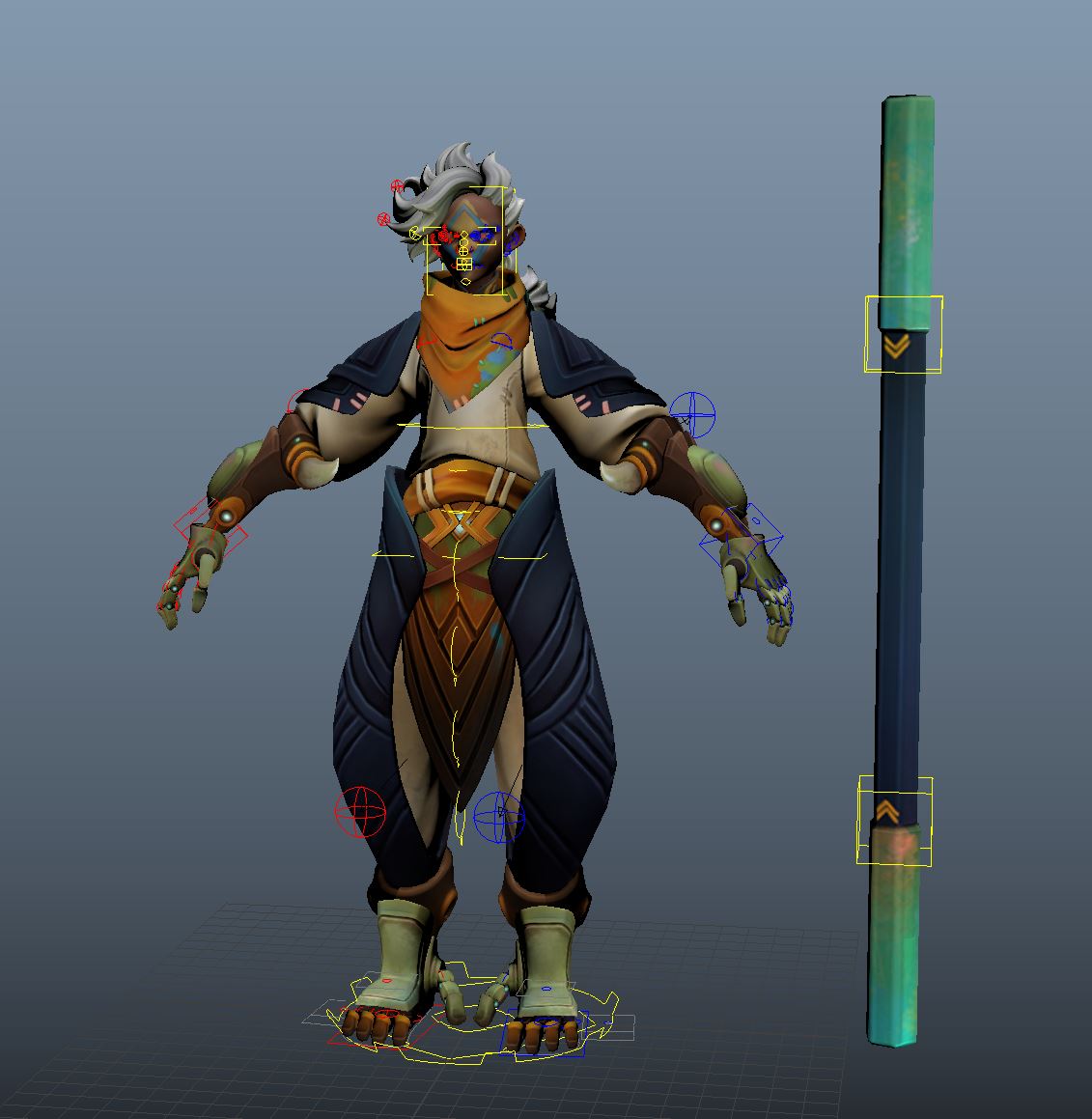 This is the second model I receieved from Ana Mendes. It proved to be a bit more time consuming as there where a couple new components to be built and I wanted to use this character as the first test subject to do bugtracking on the update (v5) of the skinningtools. 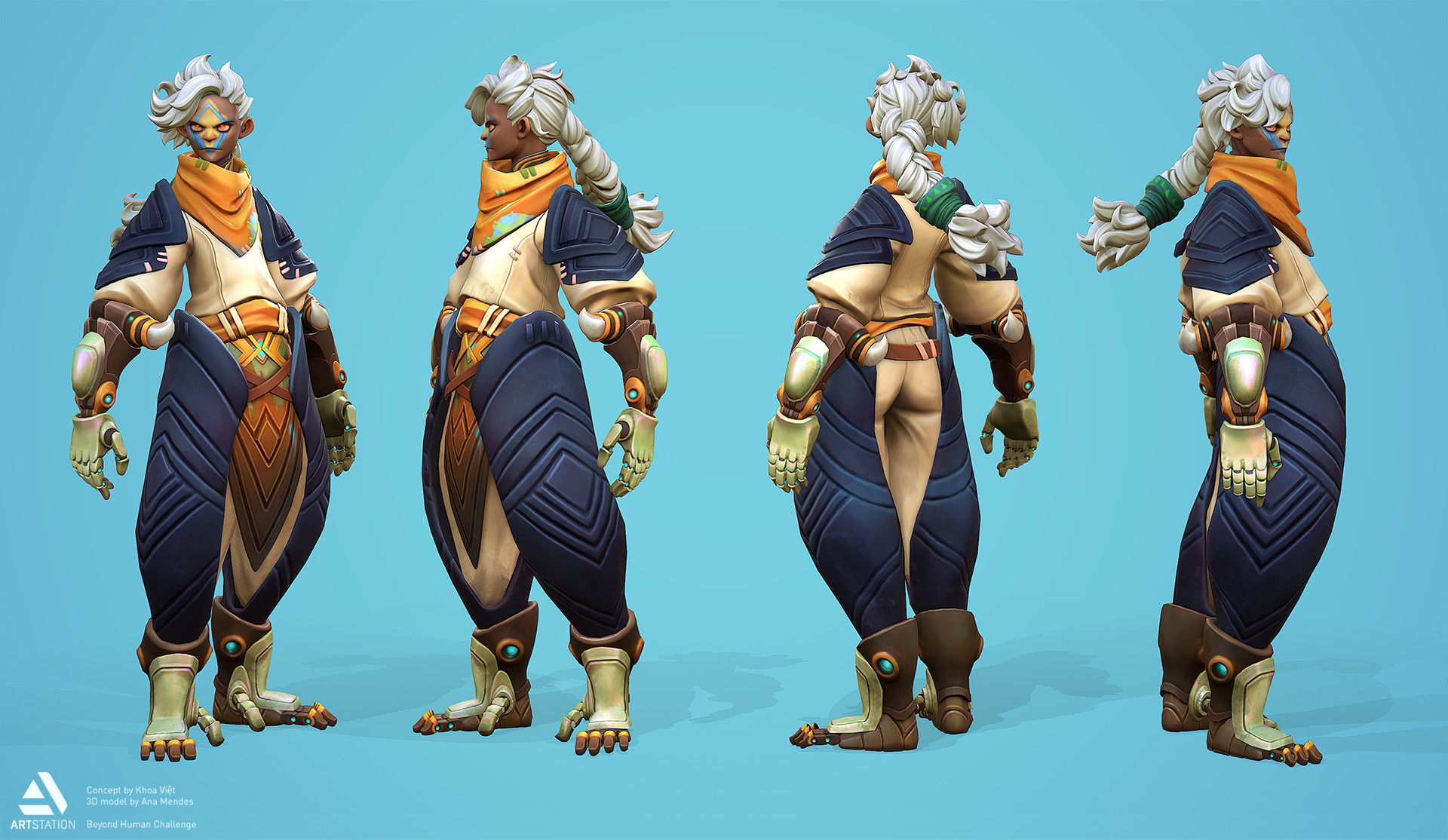 For this character I had to rethink the hand module so it could be used for the feet as well. the individual fingers can now be attached to other parts of the body (thumb to the ankle instead of the ball for example) while still maintaining the joystick motion and all the extra manipulations. I also removed the need for metacarpals as this character did not need them in the feet.

next difficulty that was added is the staff, it is a simple ik chain (ikSCsolver) with a control at the beginning and the end. both controls are used in a dynamic parents setup, of which the only top is able to attach to the base, while both controls can be attached to multiple parts in the body (hands, hips, charspace).

the Dynamic parent menu can be invoked by pressing ctrl + middle mouse button on one of the controls.