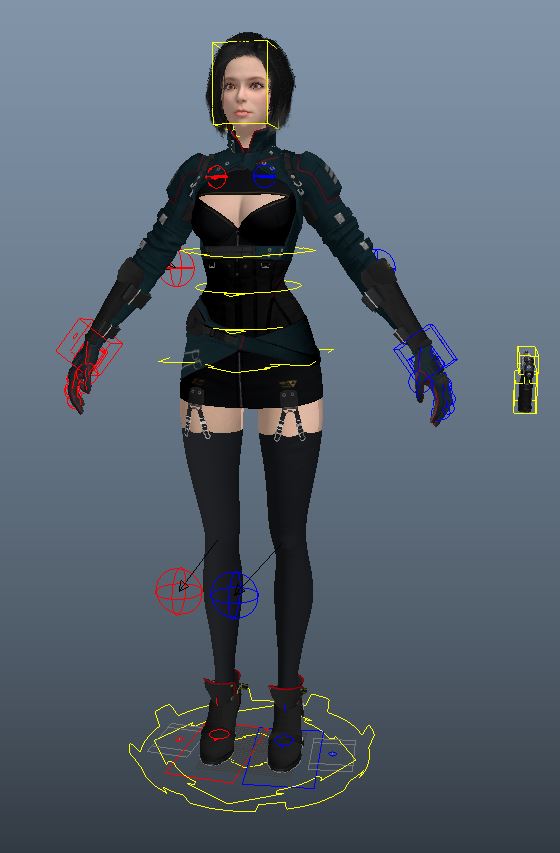 The Military girl is a model created for TTO by Mio Zwickl based on a concept from Serge Birault. I know Mio through from the 1st semester I taught at CGMA. She is hard working and really talented (she also created this website!), when she showed me the character she was creating for TTO I mentioned that it would be a great character to rig. In return I would give pointers on the topology.

All parts of the character are very clean and well thought out, the topology throughout the layers of clothing works well with skinning and deforms nicely. Even the gun was neatly crafted, it's great to see how much can be created in a single semester at TTO. 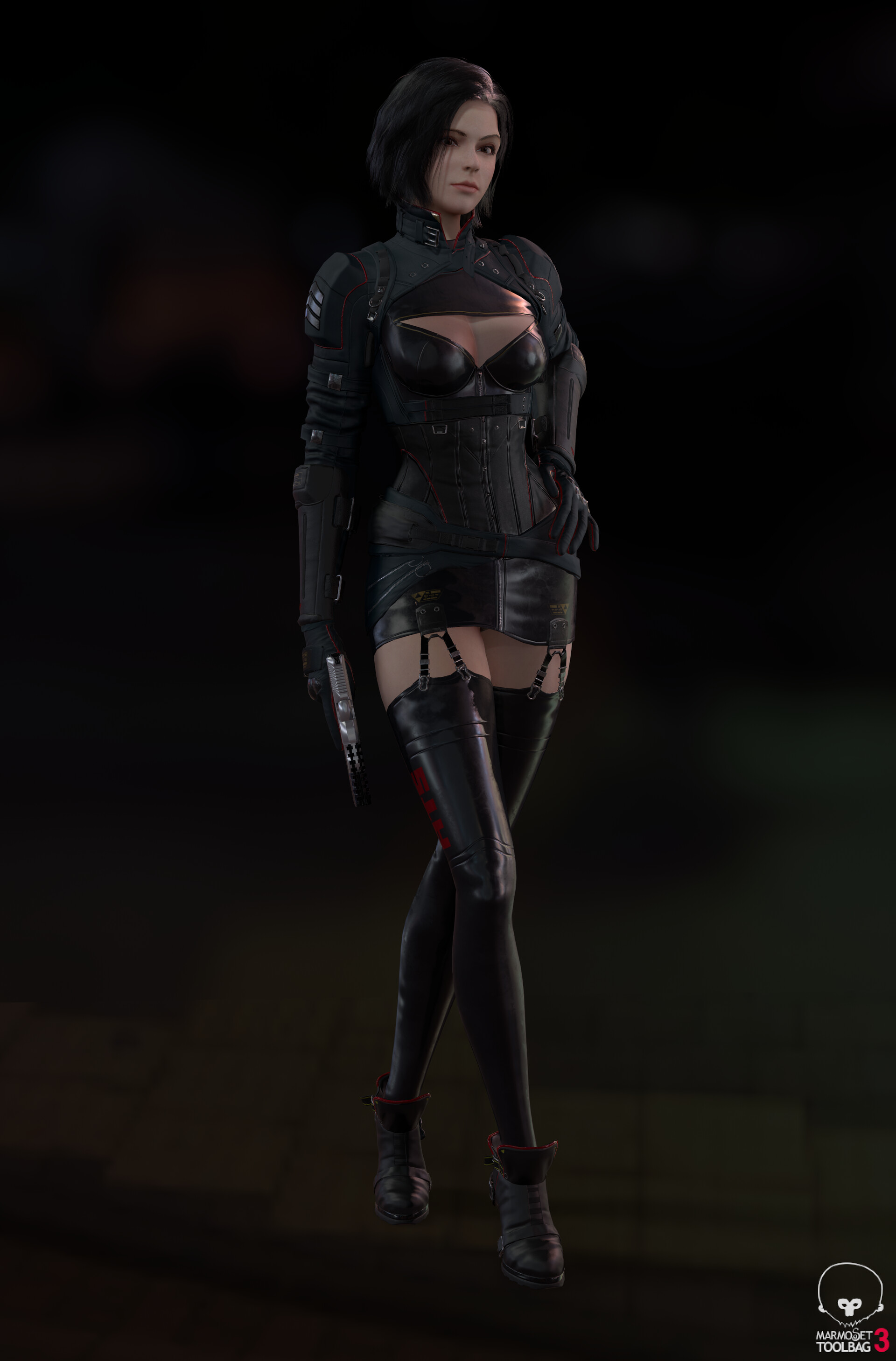