This was a challenge posted on the 'Ask a rigger' discord (model made by Delcio Gomes), which at first looks like a very simple ik setup, but because of the way the pistons aim slightly off from the center it becomes difficult quite fast.

The main challenge to these setups is making it work in IK, as FK you could expose each rotation differently to seperate control. The way i went about this is working in a layered system. I created the ik setup first using the center of the endpoints as if they where ball joints and the center of the hinge as my first driving layer. 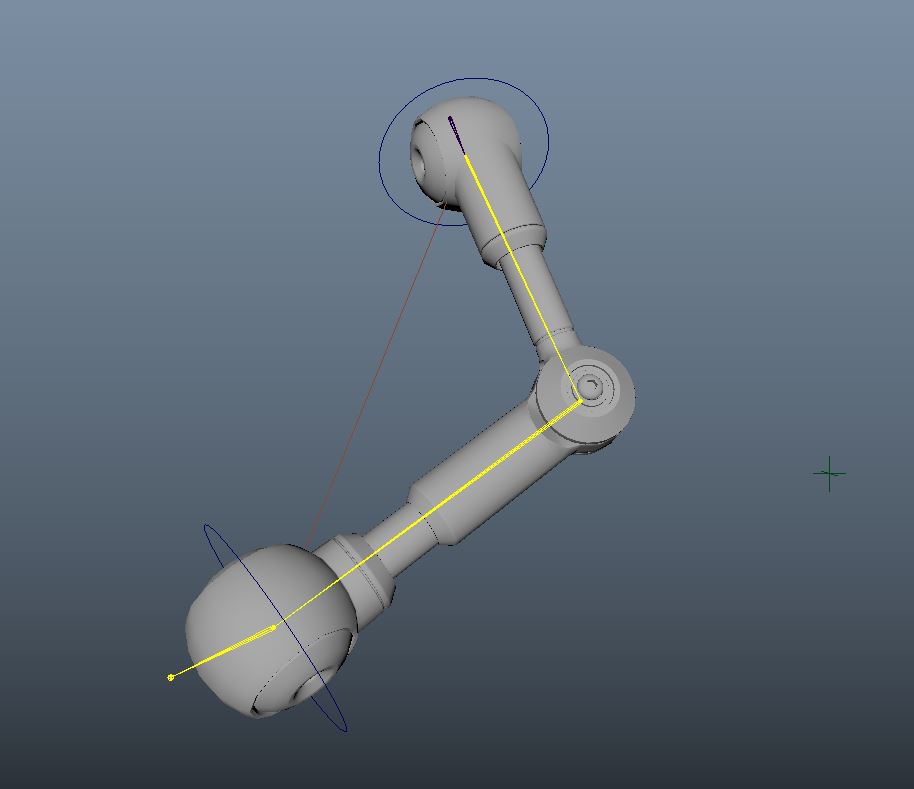 next up is managing the pistons so they aim in the correct direction as they insertion points are offset from the balljoints. 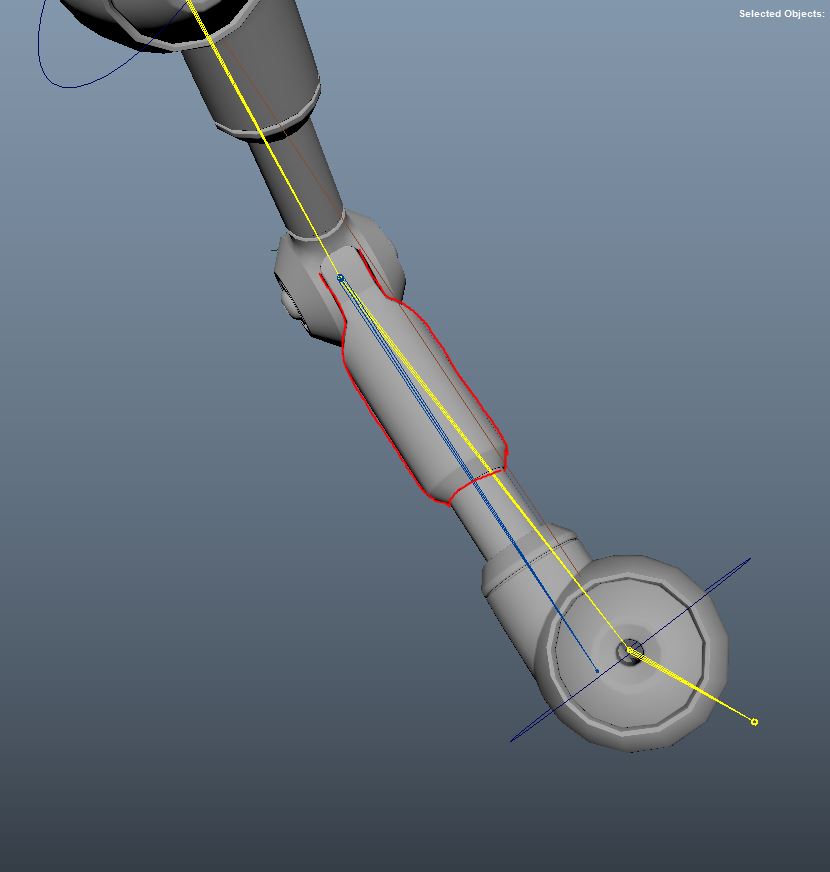 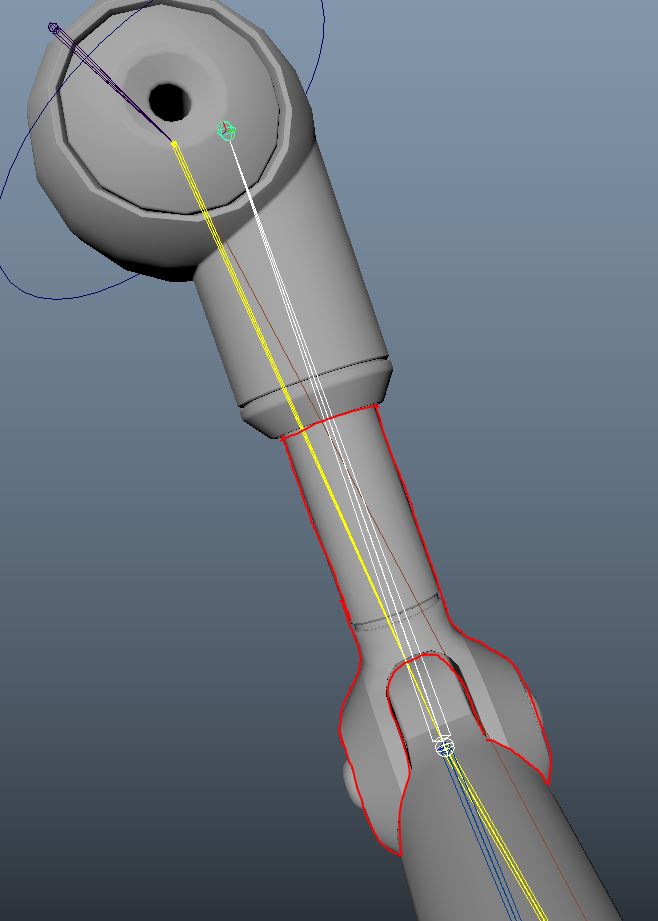 since the setup is not attached to a shoulder element and can be seen as 2 wrist joints I started with figuring out the setup from the lower part and work my way up from there. This can be done the other way around as well. in this case i have the control drive a chain from wrist to elbow with an ik attached, similar in a way that you could set up the roll bones for the wrist.

That way I could attach the aim-IK for the lower piston to the rollbone and have it always aiming correctly into the socket joint. 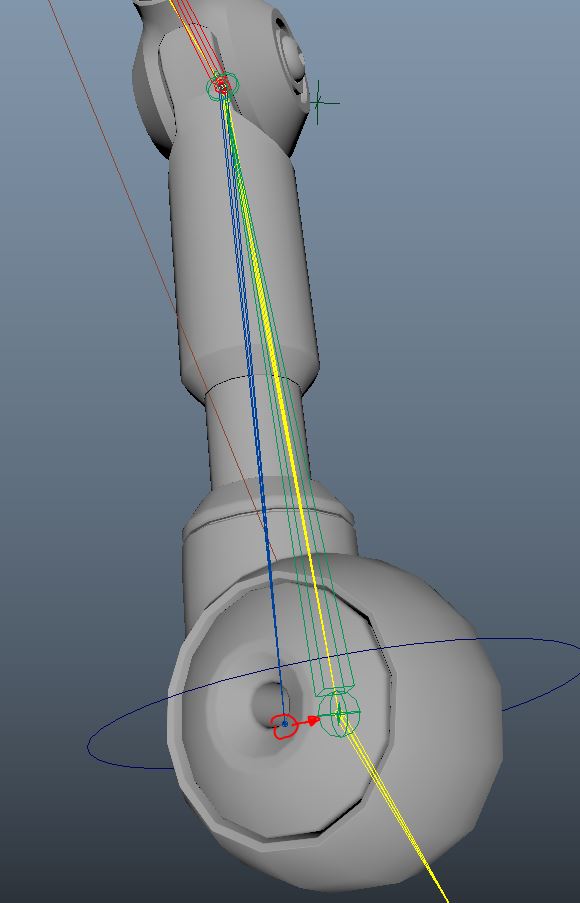 since the roll adds a bit of a wiggle in the elbow part this needs to move up the chain. So if the wrist is twisted the should would conform to this twist while aiming towards the shoulder socket. The polevector locator for the upper arm piston is located on the center of the bolt in the elbow, parented to the lower piston joint, and driving the upper piston. 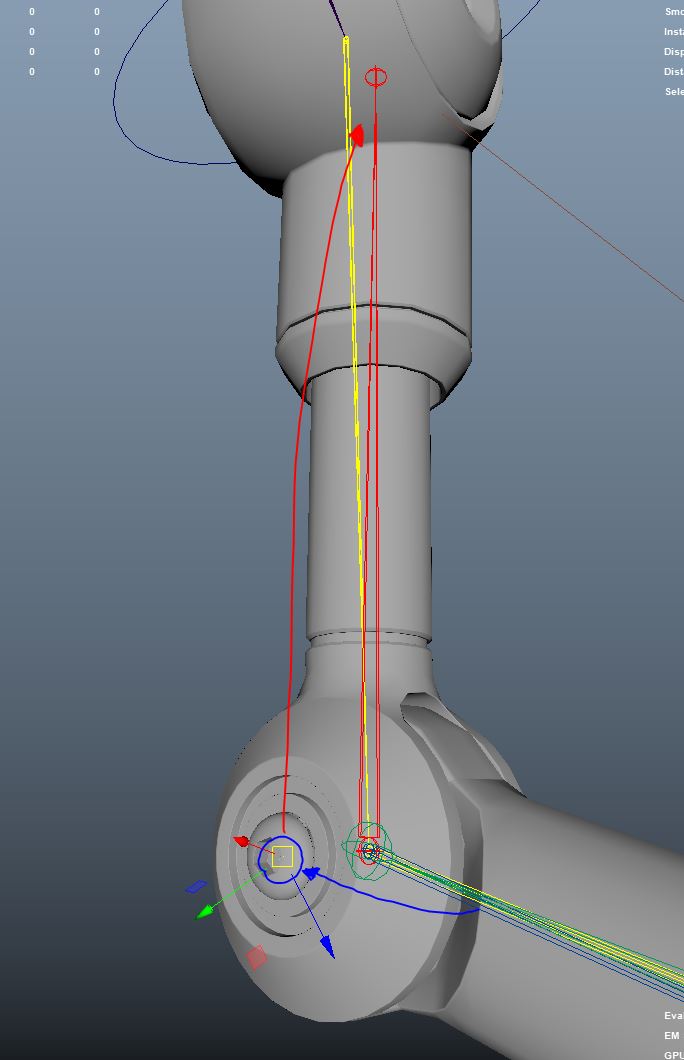 After that its just adding connections to the buckets in which the balljoints are set to make sure that the bolt does not exit the mesh.

if you want to have a look at the mesh feel free to grab it from here: