Since Kiel Figgins shared his setup for correctives last month I wanted to share a simple version of my setup as well.

The setup contains the twist of the arm and 2 push joints on the elbow to get better deformations. 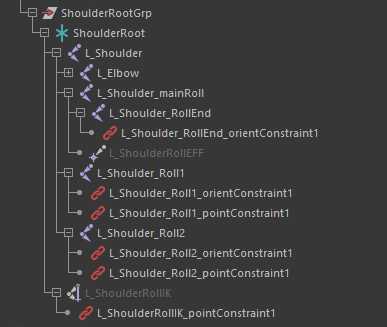 The ikSCSolver keeps the orientation of the shoulders parent will its manipulated to follow the arm. This makes sure that the new chain will not get the twist down the X-axis. extra bones can be added between to divide the twist using the shoulder and the 1st bone of the roll chain as rotation drivers.

The setup works exactly the same for the wrist, but now the chain and Ik-Handle are parented to the wrist.

Note: In the export skeleton (in the skeletonGrp) I have both the rollbone and the wrist bone added, this gives a better skinning deformation when the skin blends between the 2 bones.

This is a setup I have used for all the rigs I have created by hand, and since last year I have added the push bones to the elbow as well as they can give that little bit of structure to an elbow that you cannot fake with just skinning.

The push bone setup uses just 2 bones, 1 for the offset that keeps the hierarchy on the elbow, and one to do the actual push. The base joint has an orientconstraint from both the shoulder and the elbow so its always oriented exactly in the middle.

From there the rotation of the elbow is fed into some math nodes to create the push: 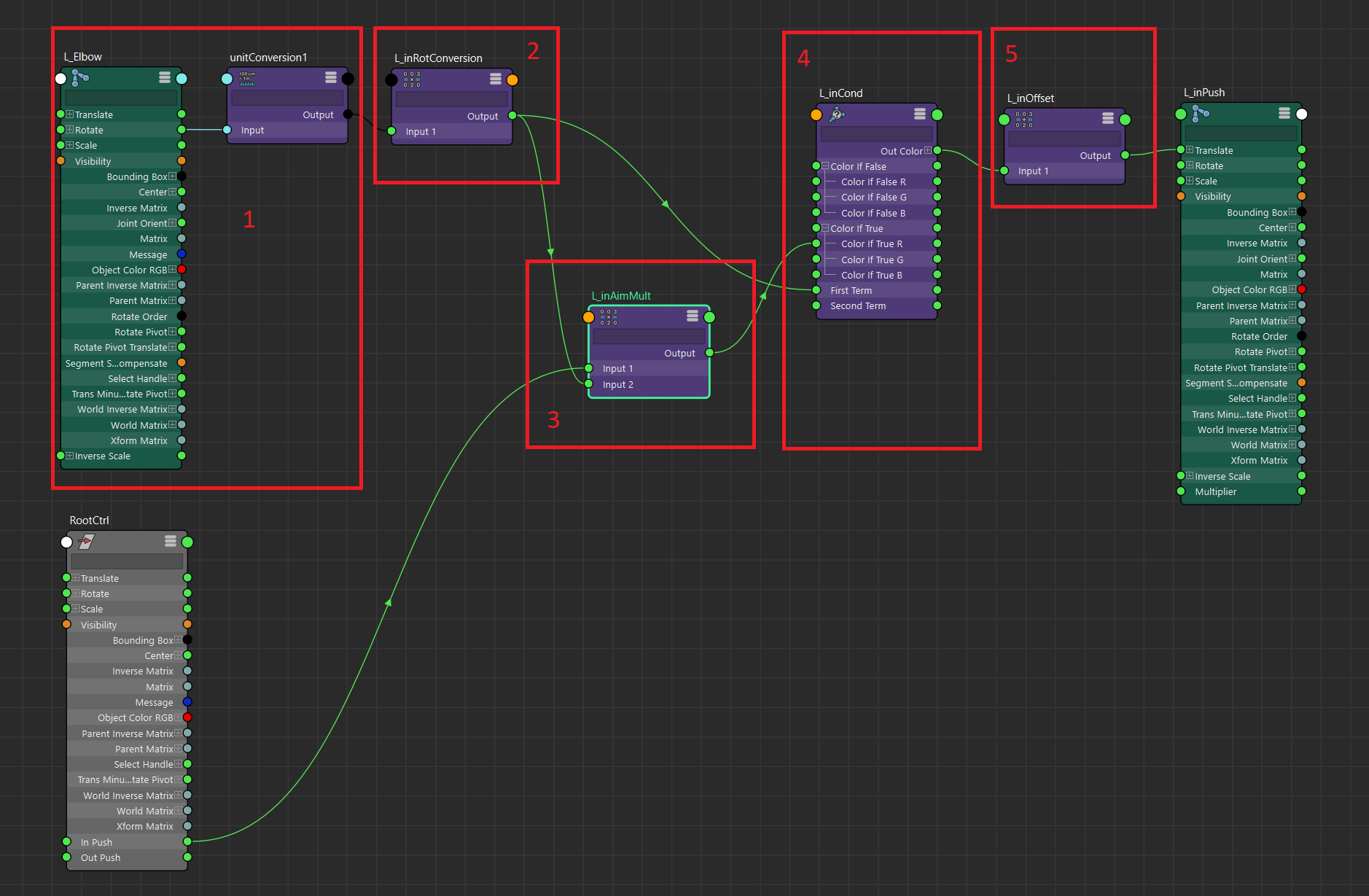 This setup is used 2x, as said, fiddeling with the mulitplication attributes will give the desired results.

have a look at the scene over here: File