Project done together with Ben.

The Hammer Thrower was a piece he created as a show of information for his CGMA course. 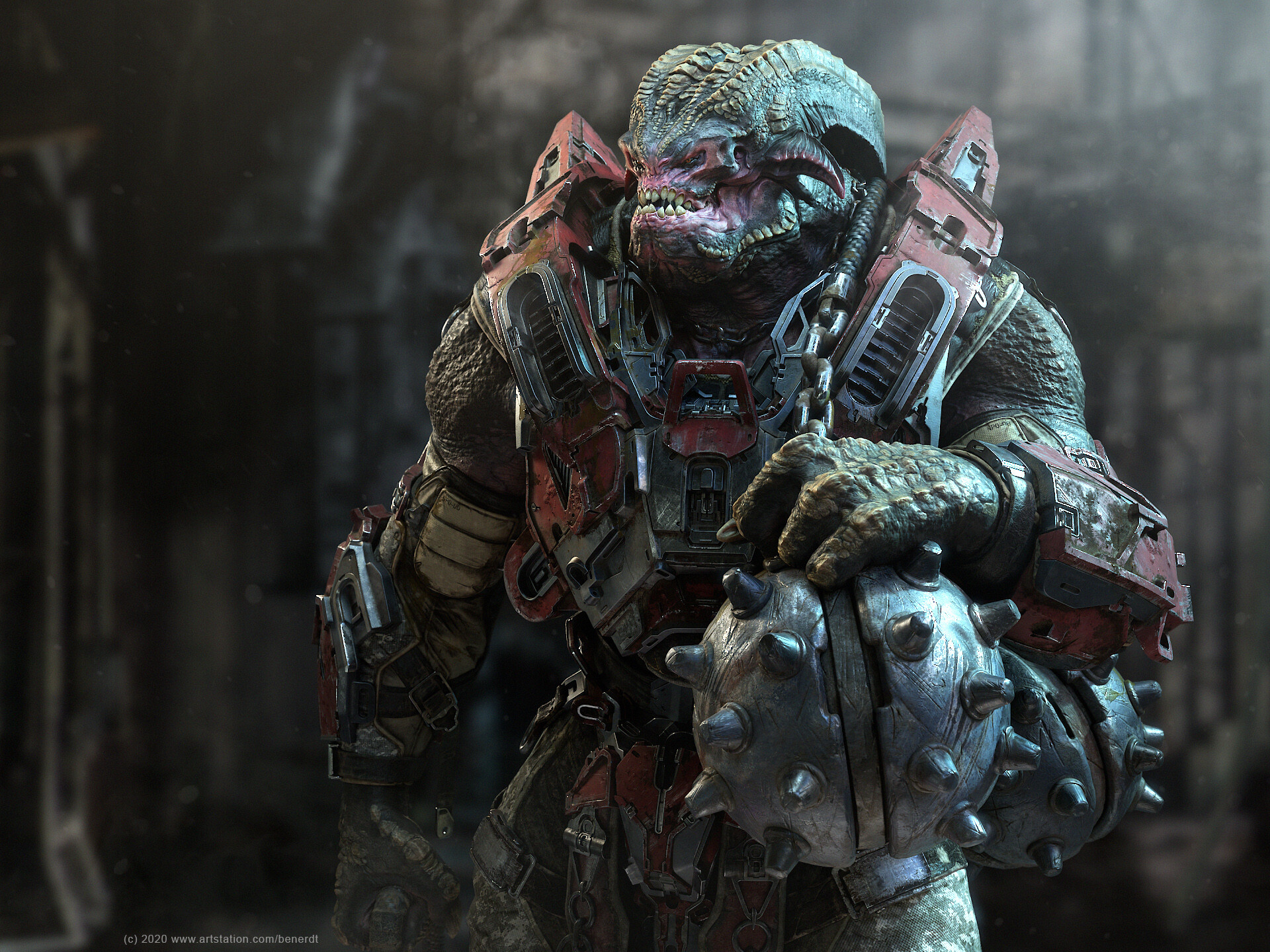 I started helping him out with the rig almost at the beginning of the process, where he would actively think about how the parts should move and how he could model them to behave in a structurally sound way. Some images below show the thought process that Ben has on these elements and the way that he would like to have them move: 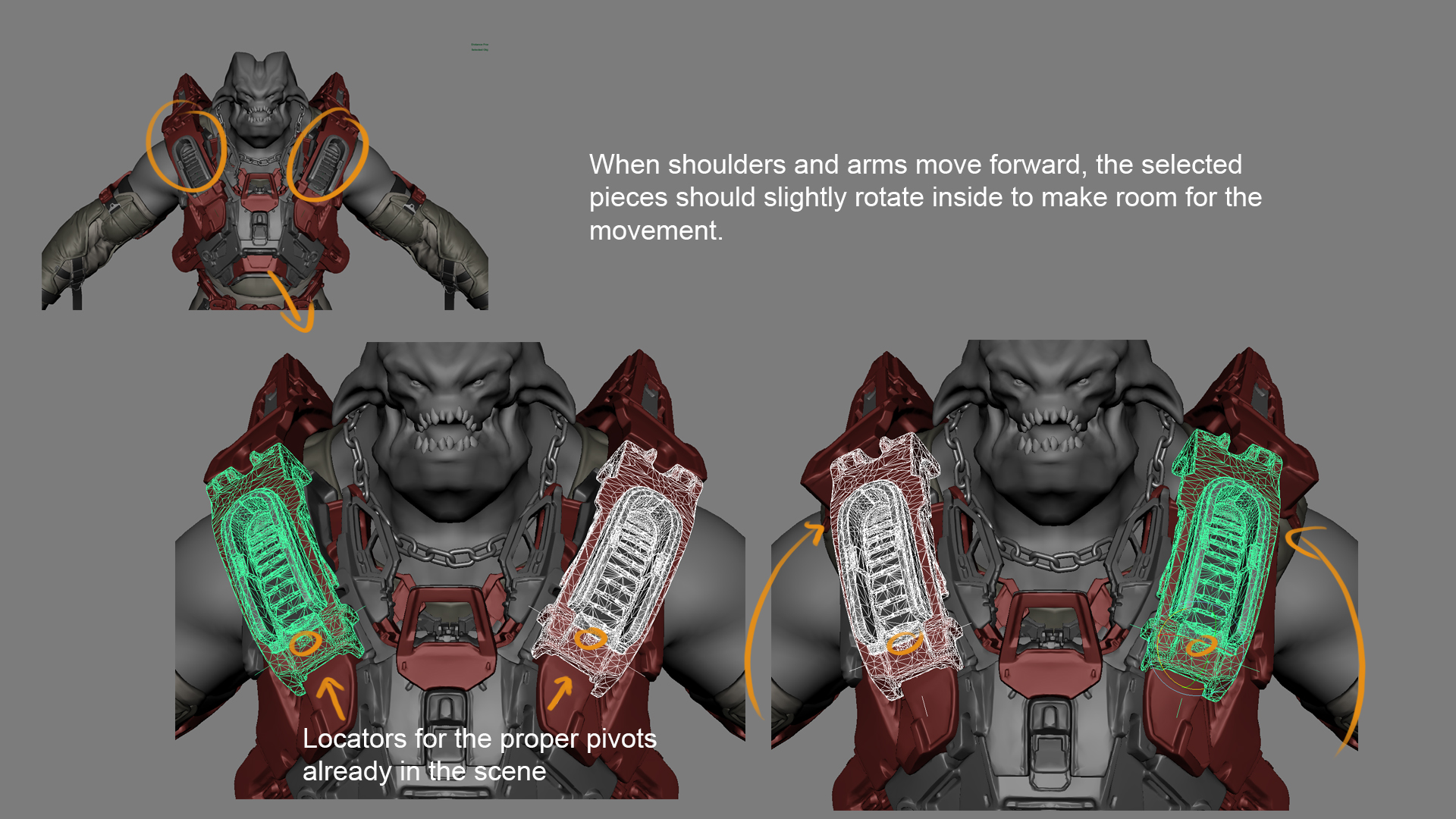 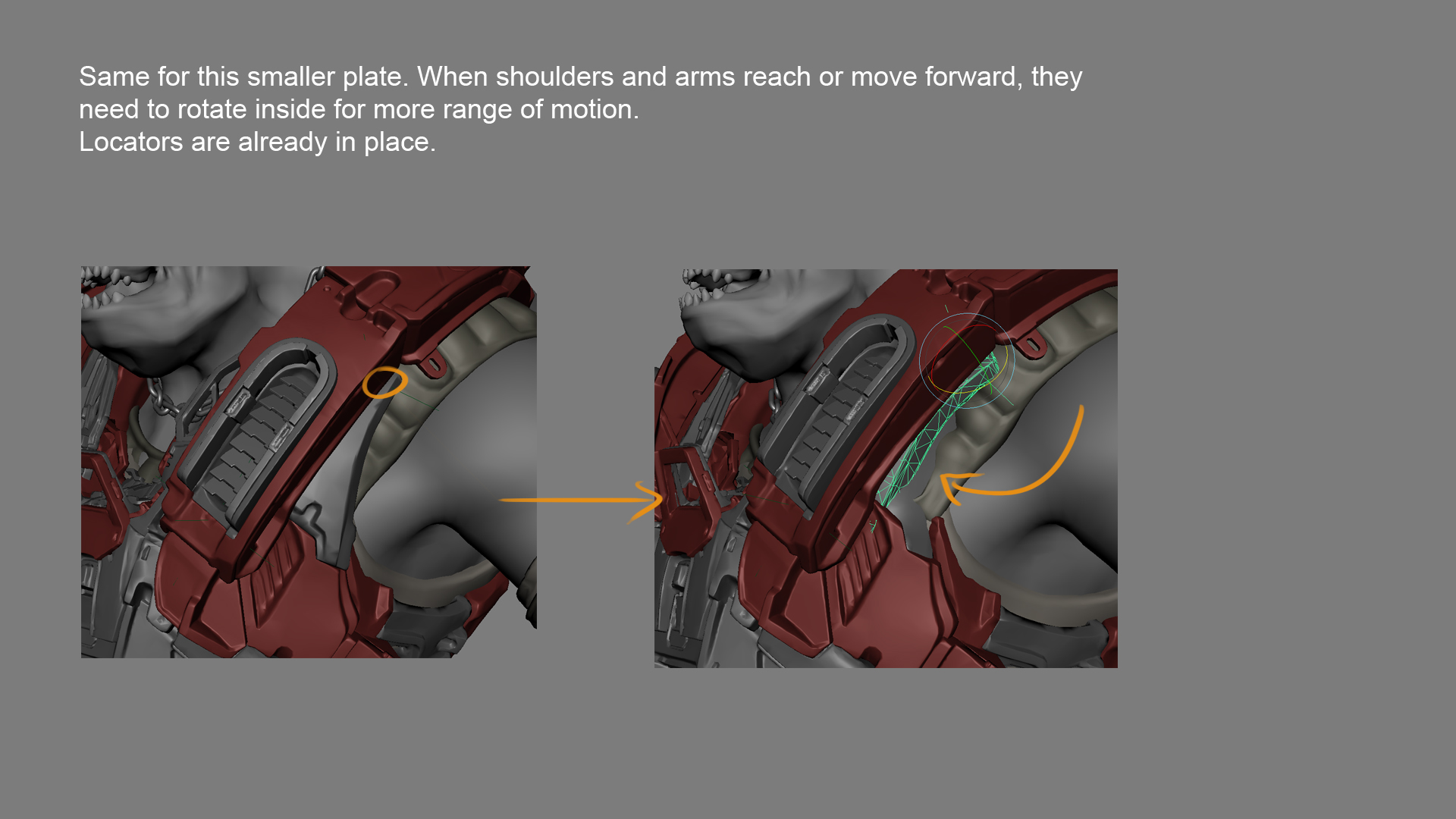 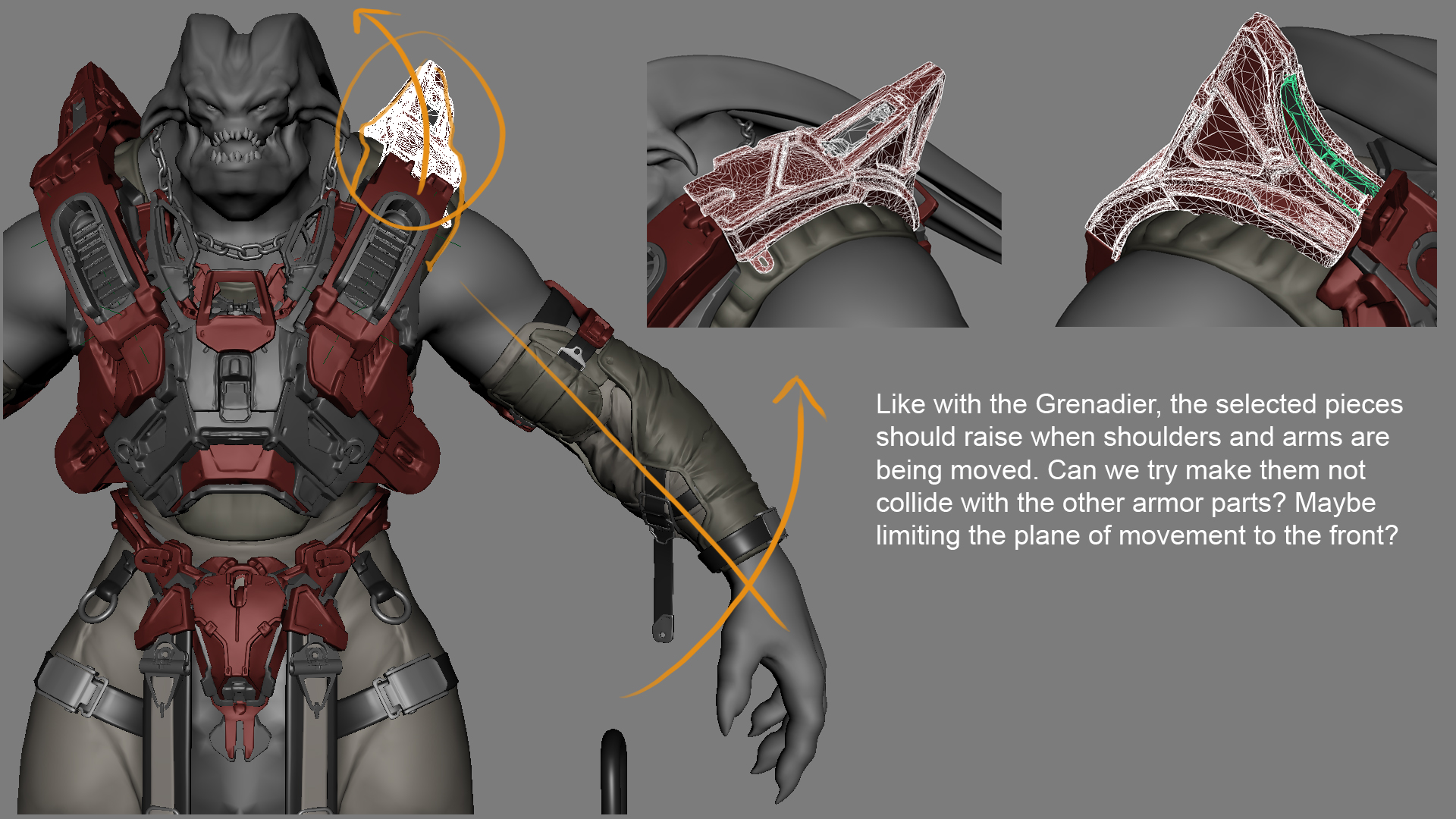 These images helped me understand the function of the plates for rigging but also made sure that the feedback I can give him on the mechanical aspect of his model works out well in the end.

after a lot of back and forth we managed to make a fully working character. The problem however was that the first rig was 3.5 fps during manipulation in the Viewport, this Because the rig required a lot of connected systems and also because the polycount of the highrez is about 1.6mil. 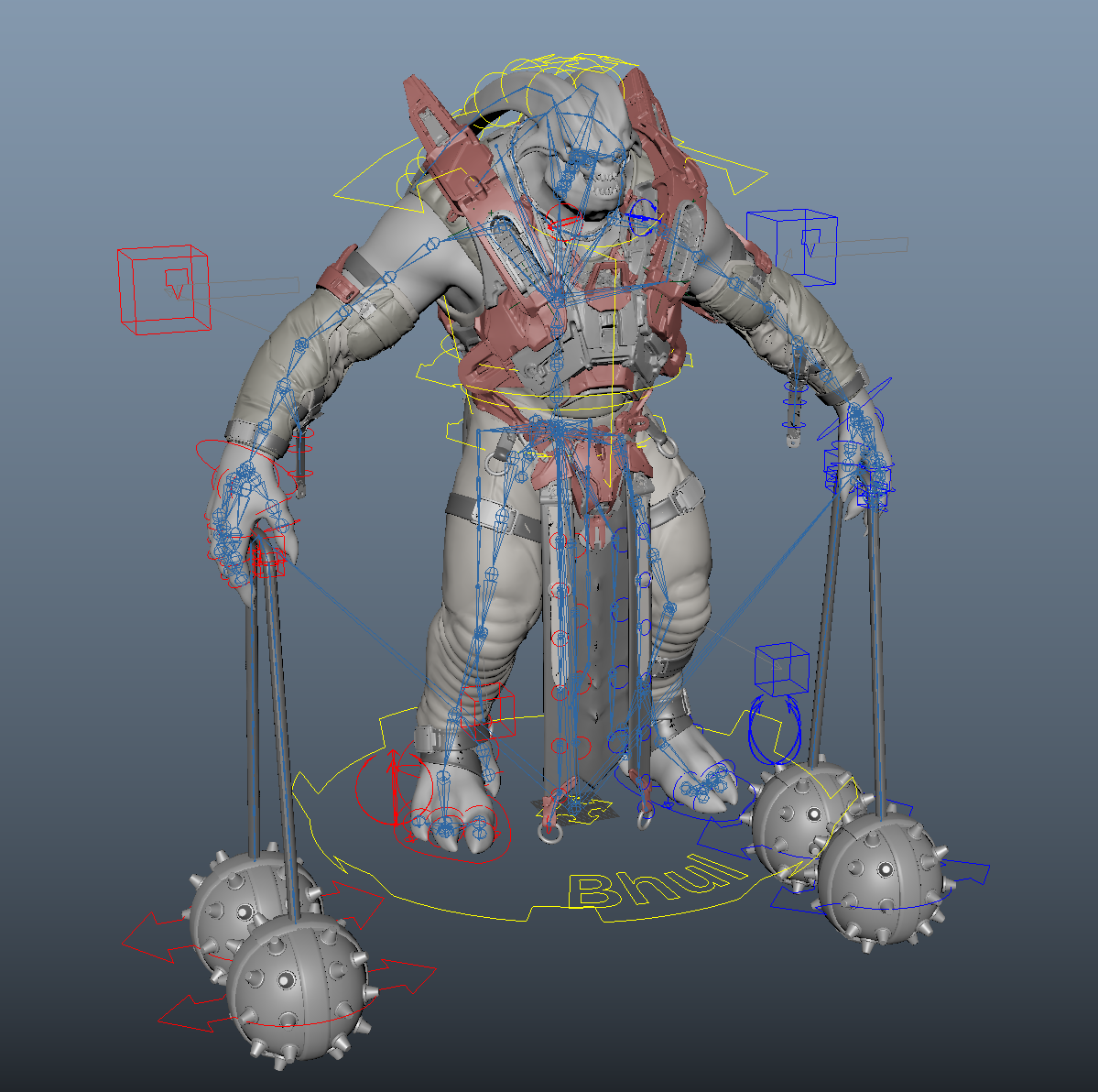 So in order to make the rig work faster I converted the entire rig into the rigging system that I later used for samus, sheik, etc. with this first iteration of the rigging system, the character went from 3.5 fps to a stable 32fps of authoring speed. 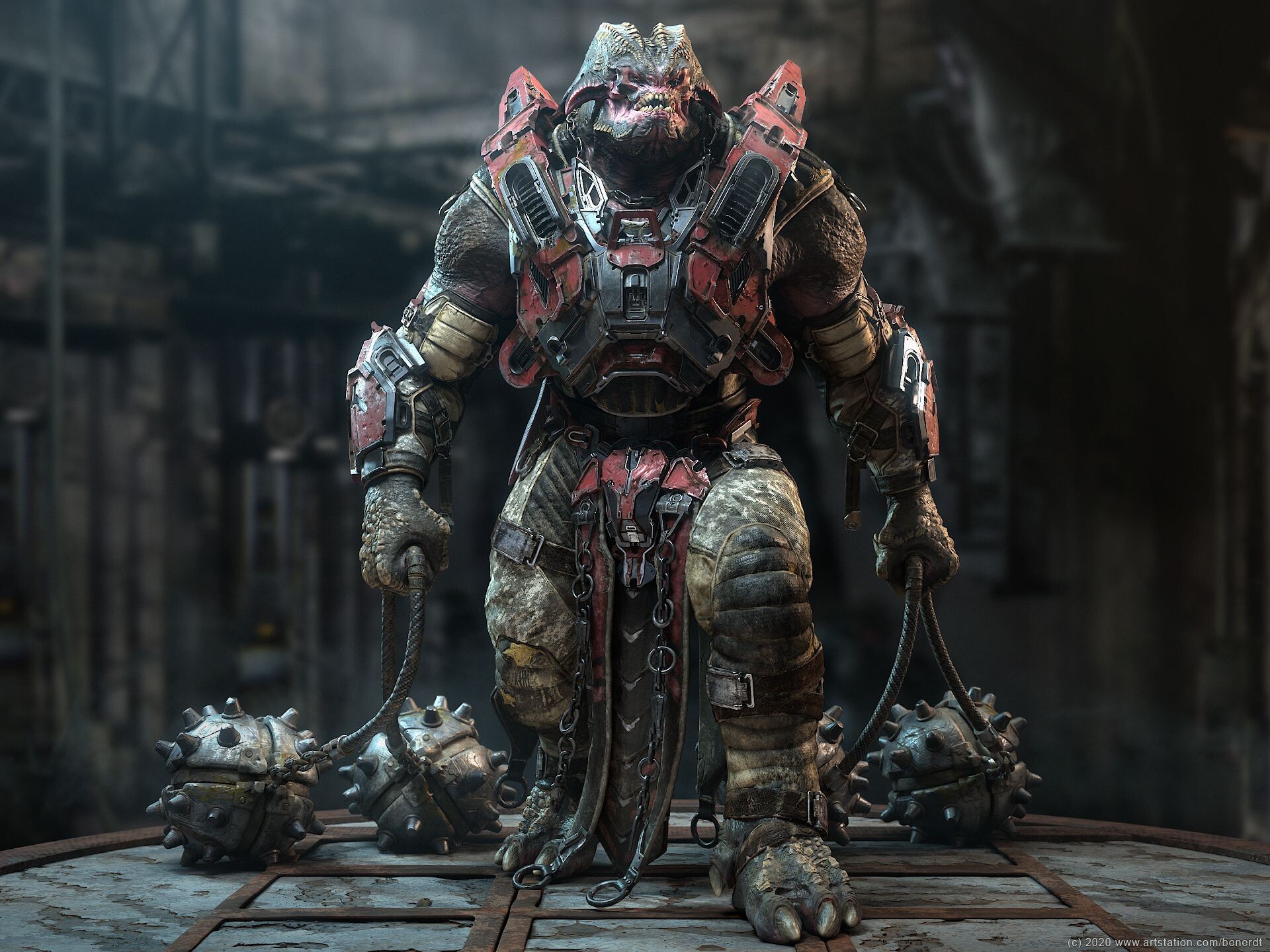